Garvans Lane (15 March 2009)
In the paddock East of Garvan's Lane just North of the Old Temora Road I spotted two very nice bottles lying on the surface and some shards in the earth. Worth getting permission and probing for a tip. 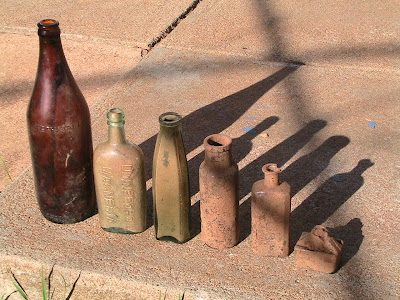 Upon digging I found the remains of many nice bottles, all broken. Apart from the two on the surface (Dinneford's and a probable Empire bottle) the only other bottle retrieved undamaged was a very plain amethyst bottle. 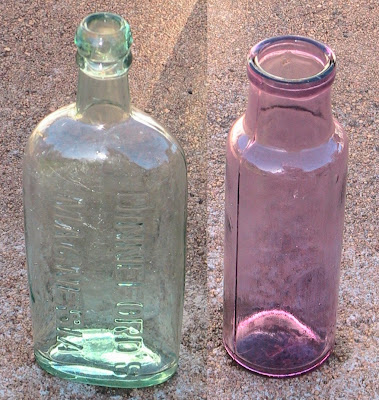 A very plain amethyst bottle with 116 or 11b in a triangle on the base. 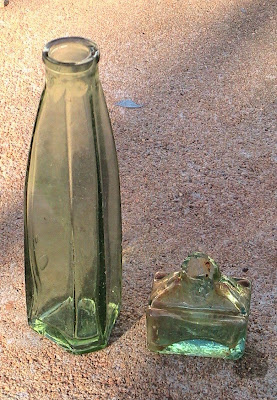 An unmarked ink bottle with the neck broken (Mick tells me some ink bottles were manufactured sealed and had to be broken to open them)
A triangular shaped bottle unmarked and chipped in several places that may be an Empire bottle as shards of a similar shape and colour were clearly marked EMPIRE Co.
Posted by Michael at 6:10 pm