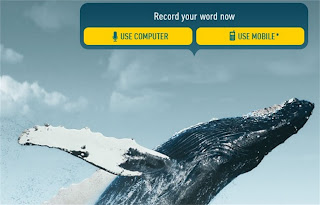 In fact, it is this effort to give wales a human voice that actually robs the wales of their own unique voice.
Posted by Michael at 2:44 pm