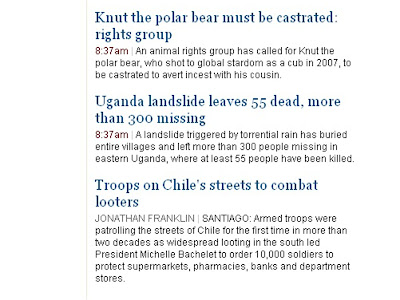 Get some perspective. Take a breath. Pull your head out of the clouds of rhetoric and propaganda and have a look at the real issues that face the world.
Posted by Michael at 12:22 pm