Shame Culture and Getting Caught 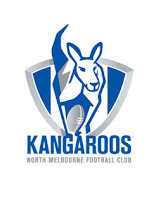 Is our society moving to a shame culture?
There are several cultures around the world that are driven not by guilt or right or wrong, but by losing face.
Doing the right thing is less important than not losing face. If we can bluff our way out of it, that is better than admitting wrongdoing.
Western culture used not to be driven by this.
But I wonder is the hollow apology syndrome plaguing our politicians and celebrities driving us toward a shame culture. Is it our society's hypocritical double standards that have caused the rise of the spin doctor and moving us toward a losing-face based culture?
North Melbourne chief executive Eugene Arocca reveals a terrible lack of focus when he reveals his concerns over the chicken video, an apparently obscene and debasing video obviously made on the North Melbourne premises. Fairfax Article
I quote the article:

"It then found its way onto YouTube. It's now been removed. I'm furious to say the least that it's gotten out, though I haven't had the advantage of seeing it."