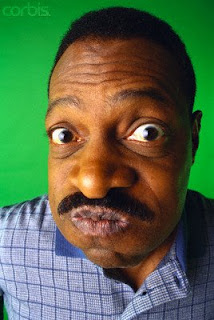 What should we call them? Gunpowder words? Explosive words? Fart bomb words.

We all know about weasel words, right?

What about explosive words? What did Orwell say about them?


I noticed that environmentalists, in particular, love exaggerative words

These are words that carry an emotional content, a powerful resonance, shocking connotations, words that are inappropriately applied.

Let me give you the two examples I have heard recently.

There was a lady on the radio the other day while I was in the car talking about something going on up in the Liverpool Plains. Coal mining or something, I didn't catch the whole story.

As she was talking she without a stumble talked about stopping the destruction of the Liverpool Plains. Now, think about it. They don't want to bomb it, to bulldoze it all down, to dam the rivers, to wipe it off the face of the earth, they want to run a long wall under the Liverpool Plains a kilometre underground or whatever they do.

That's just not 'destruction'. Damage may be appropriate, but it's not even despoil. It's mine under. The Liverpool Plains will be visibly unchanged by longwall mining.

The second one was pollution.
An environmental ad, I think by the government. Anyhow, in the ad, the lady talks about carbon pollution.
Hang on. Hang on there, carbon is not pollution.
Pollution is dirty, foreign, destructive, despoiling. carbon belongs in the atmosphere. Now the media has the dog by the bone trying to work out whether the balance of carbon in the air is out of kilter. But carbon is not a pollutant. It's a part of the system.

If you think carbon is a pollutant there's only one solution, hold your breath until you drop dead and then you can have a clear conscience about carbon pollution because you breathe carbon dioxide out every breath.

Fart Bomb Words, I like that name.
I just realised this kind of writing and speaking already has a name, propaganda. Gonna have to forget fart bomb words.
Posted by Michael at 6:13 pm